Ph.D. Program in Oceanography and Global Change at the Canary Islands, Spain 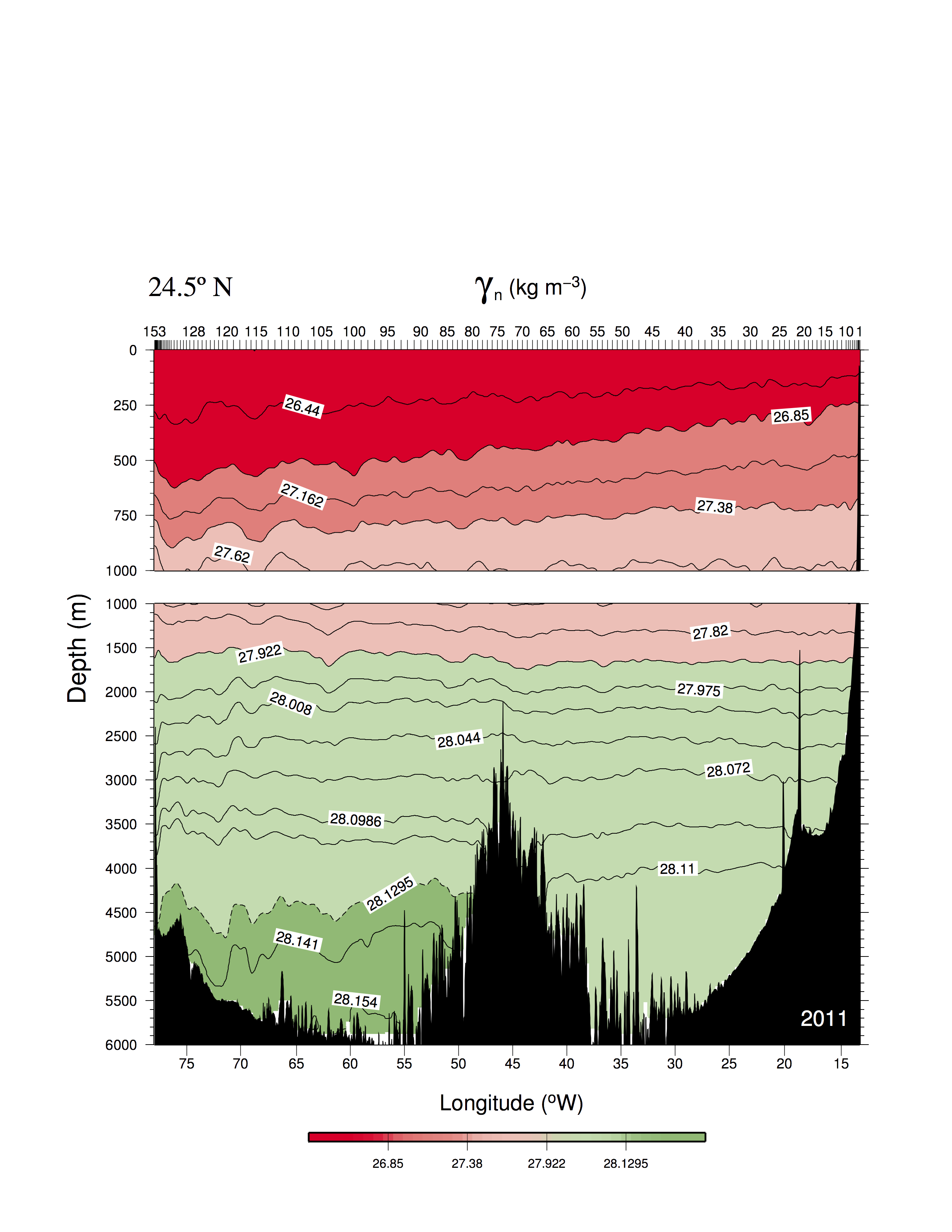 The Meridional Overturning Circulation (MOC) of the ocean plays a central role in climate and climate variability by storing and transporting heat, fresh water and carbon around the globe. Historically, the focus of research has been on the North Atlantic Basin, a primary site where deep water is formed. However, this circulation is far more complicated and 3D than previously admitted and we refer now to it as the global overturning circulation (GOC). The GOC includes deep water formation in both hemispheres (in the North Atlantic and Southern oceans) as well as large wind-driven upwelling in the Southern Ocean and important internal diapycnal transformation in the deep Indian and Pacific Oceans.

Under the WOCE project carried out in the 80s and 90s, mass, heat and freshwater transports of the overturning circulation has been determined. The objective of this research is to process and analyze past and new transoceanic sections carried out during the XXI century under the go-ship program. We will compare the results with previous measurements to determine the changes in the overturning circulation and its link with the global change.

Special attention will be on the link between the Canary Current and the Atlantic Meridional Overturning Circulation (AMOC). The AMOC, which is composed by the south-north circulation, transports 18Sv (1Sv=10E6m3/s) of water that carries more that 1.5PW (1PW=10E15W) of heat to the North Atlantic, and therefore plays a determining role in regulating the climate in Europe. Since 2004 the Rapid Array has made possible estimations of the AMOC systematically. The first analysis of these continuous estimations indicates, for the first time, that there is a strong seasonal cycle in the AMOC, with amplitude of 6.7 Sv peak to peak. The minimum northward transport is in March and maximum in is October. Most of this seasonal variability, 5.4 Sv, may be explained alone by the contribution of the eastern Atlantic component of the Rapid array, the Canary Current.